Thomas Paine, the author of Common Sense, lived in the nascent United States as an American, and abroad as an expatriate, and in both places demonstrated the extraordinary power of the pen in stoking revolutionary fires to promote greater freedom and a more equal sharing of human rights by all mankind.

Purpose: To acknowledge common sense, creativity and boldness in the journalistic coverage of overseas Americans

Nominations: Selected by ACA Executive Committeebased on review of coverage of the overseas Americans community however, suggestions weclome.
Winners: 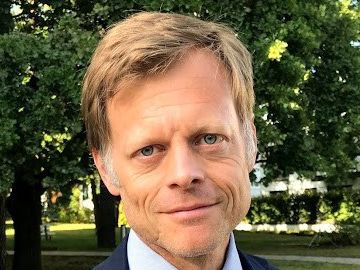 ACA is pleased to announce its awarding of the ACA Thomas Paine Award to journalist Andreas Kluth.

Created in 1995 ACA, Inc. Awards | Washington, DC | (americansabroad.org), the Thomas Paine Award acknowledges common sense, creativity and boldness in the journalistic coverage of overseas Americans. ACA is pleased to confer this excellence in journalism award to Andreas Kluth in recognition of his balanced and straight-forward coverage of Americans living and working overseas.

Andreas Kluth is a columnist for Bloomberg Opinion and is currently based in Berlin, Germany. From March of 2017 to February of 2019, he was editor-in-chief of Handelsblatt Global, the English-language edition of Germany’s leading business newspaper. For the two decades before that, he wrote for The Economist — in London, Hong Kong, Silicon Valley, Los Angeles, and Berlin. Kluth is also the author of, Hannibal and Me: What History’s Greatest Military Strategist Can Teach Us About Success and Failure. Hannibal and Me: life lessons from history (andreaskluth.org)

Andreas Kluth is a dual national, US and German, and has written passionately about Americans living and working overseas; writing not only about their concerns and issues but also about who they are and their reasons for living overseas. His opinion pieces in Bloomberg and elsewhere have been cited by ACA and other organizations in their efforts with the U.S. Congress and Administration. “Andreas’ work to draw media attention to Americans overseas is an invaluable asset to the community for which we are most grateful,” said Jonathan Lachowitz, ACA Chairman.

Kluth proudly follows in the journalistic footsteps of Thomas Paine. Paine’s Common Sense, written in January 1776, made the argument for the U.S. Colonies to separate from England and described a revolution for independence as not only achievable but inevitable. Paine’s ability to present plain and forthright arguments helped garner the Colonists’ support for independence.

Paine lived in the nascent United States and abroad as an expatriate or American overseas, and in both places, he demonstrated the extraordinary power of the pen in stoking revolutionary fires to promote greater freedom and a more equal sharing of human rights by all mankind. “Andreas ability to communicate with forcefulness and resolve are clearly in the spirit of Thomas Paine. We hope his efforts will provide similar results for positive change for Americans overseas,” added Marylouise Serrato, ACA Executive Director. The newly created "Thomas Paine Award" was given to USA Today, International Edition for its great service to the overseas American audience. ACA founder, Andy Sundberg, said in announcing the award, "the international edition of USA Today has earned the right to be considered a true 'home town newspaper' for Americans living overseas. The creative leadership of David Mazzarella and John Simpson, have demonstrated to Americans scattered all over the world that they are not forgotten, and that their cares and concerns are worthy of attention as meaningful news stories."

The award was presented to Mr. Mazzarella at a ceremony in Washington, DC.-